Jujitsu provides the opportunity for both individual and team competition at club, state, national, and world levels. Self-defence and awareness – ideal for those seeking to develop their level of confidence and basic knowledge and ability to protect themselves in today’s society. The total martial art – for the more serious participant, seeking grading and promotion.

The term Jujutsu dates back to around the 1630s. However, the techniques with the characteristics of what would come to be associated with Jujutsu can be found in early writings in Japan with reference back to the year 23 B.C. during the Yayoi period.

The classical art of fighting

As a classical fighting art in Japan, Jujitsu can be defined as: “A method of close combat, either unarmed or employing minor weapons, that can be used in defensive or offensive ways, to subdue one or more unarmed or armed opponents”. (Source jujitsu.com.au)

In more modern times since the late 1800s and early 1900s and with the introduction of Jujutsu to the Western World the focus shifted towards emphasising Jujutsu as a gentle art, a system of self-defence, and a system of physical education. Notable forms of endeavour that developed from jujutsu during these times include both Kōdōkan jūdō and aikidō. Your learning may include: skills in avoidance and evasive movement, throwing, striking, grappling, immobilisation techniques, the application of submission holds, and the practice of both Jujutsu and weapon kata (sets of movements).

Students of all ages are coached in etiquette, discipline, posture, and the coordination of mind and body. Jujutsu at South East Self Defence on Queensland’s Sunshine Coast may also provide an appreciation of anatomy, physiology, law, conflict resolution, personal development, Respect, human movement, and health. 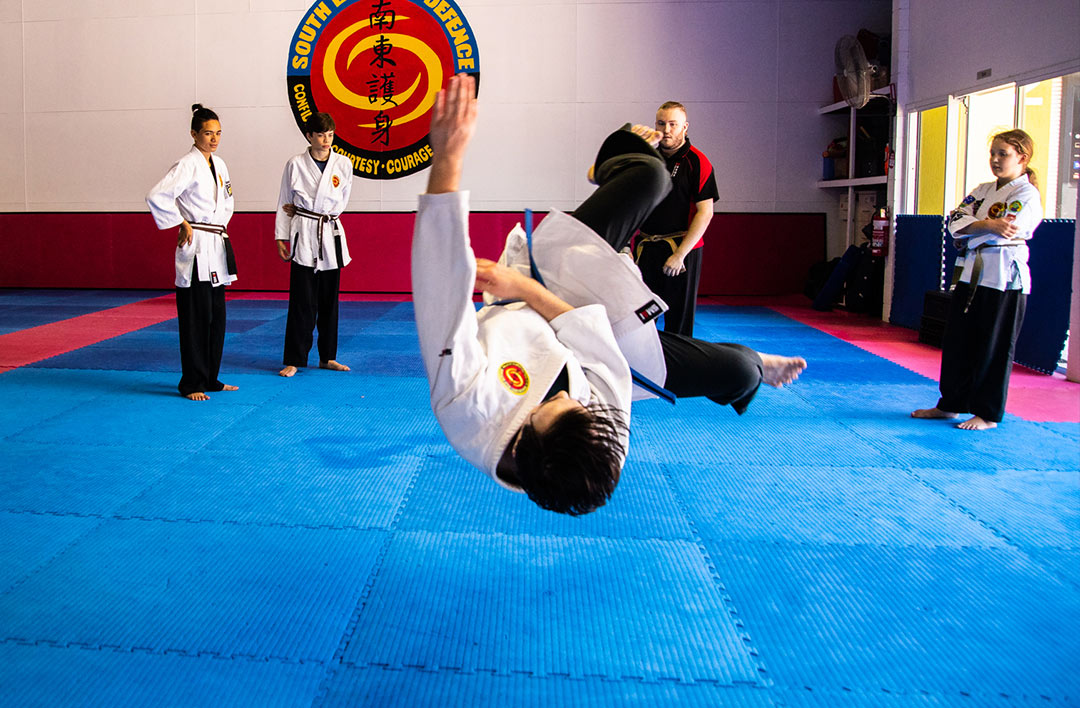